After a few months work on the Pro version, I've finally created the website and published the builds for this new project of mine.

You are invited to visit the new website at: http://www.virtual-sky.com and give it a try.
I am interested in the feedback and ideas regarding both the program and the new website.

Other than the features mentioned in the last post, new program also supports an import from Tuxcards format (currently text only).

Note that, when the program is being in unregistered mode (when there is no license key file found in the system), "Save" and "Export" features are being disabled.

I've been on a vacation in Ireland recently, and now that I am back, I am working on my new plans for Notecase. 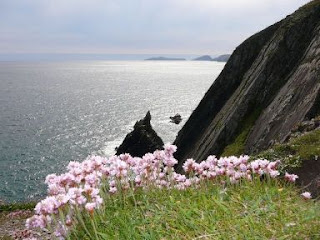 You might have noticed, it became hard to invest my free time into a free project (I've been doing it for 3 years now). Lately I had a simple choice: either to drop this project and start working on a paying side-jobs, or to start commercial venture based on the Notecase project.

Since I can not let go off this project easily, I have a following plan:

The plan is to create a commercial version of Notecase named "Notecase Pro", that will incorporate many advanced features and feature that are not trivial to add.
The possible commercial success of this project will enable me to continue working on a free, open source version of the same project. For the free version, I plan to concentrate to make it bug free and make it faster.

Document importing might ignore text formatting in the first version, but I plan to support the full thing soon.

If you wish some new feature, I am open to your ideas and suggestions.
Posted by Adriatic at 10:41 AM No comments: